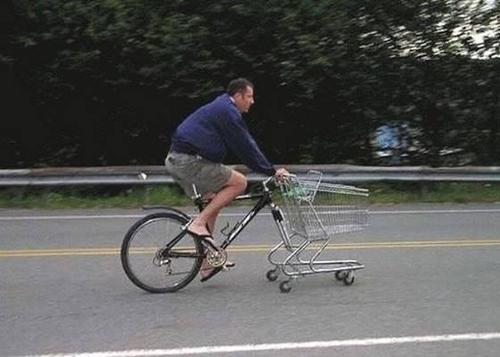 Politics has a dearth of engineering ability. This should come as no shock to anyone who realizes that the majority of politicians are lawyers. As a consequence of their lack of engineers, our politicians lack problem solving skills. The mathematician George Pólya once said that it is better to solve 1 problem 5 ways than it is to solve 5 problems 1 way. In general, it’s typically important to realize that there are multiple ways to solve the same problem. Congress rarely seems to understand this.

One example of poor problem solving is how we have forced health insurers to provide insurance coverage to people with pre-existing conditions.

First, let’s start with some definitions. Any engineer has to use definitions to solve problems. I’ve copy/pasted these from merriam webster:

Pre-existing – existing at an earlier time

So, insurance protects us against a loss. For example, if I buy home fire insurance, and then lose my house to a fire, the insurance will “guarantee” me some “contingency or peril” (by definition), meaning I will be reimbursed for the loss of my home.

As you can see, it is just plain wrong to give health insurance to people with pre-existing conditions. It simply isn’t correct. It breaks the abstraction of insurance in such a way that we can no longer even call it insurance. So, in essence, no one has health insurance, because we’ve ruined what health insurance even means. If you offer a product to cover an existing ailment, it can’t possibly be insurance by definition. We are starting to see a sharp rise in premiums due to the fact that insurance “has to make up for” people with pre-existing conditions. This is absolute nonsense! What a mess we’ve put ourselves in.

There are several steps to solving a problem. Typically the first one is to identify the problem. What are we trying to solve? What are we trying to fix? The next is to figure out solutions to the problem (yes, there is usually more than one). After we come up with some set of solutions. Each solution will have pros and cons. List them out, and make an informed decision on which is “optimal” (admittedly optimal is a weasel word, since what is optimal for me may not be optimal for you).

In short, the problem is that we want universal health care. Even if you don’t believe we should implement universal healthcare, you can’t admit you don’t want it. In solving that problem, our politicians found precisely one solution (incompetence, much?) and decided to ram health insurance down everyone’s throat. Yikes. What a bad way to solve the problem. Where were the other solutions? Where was the single payer solution? Where was the free market solution? No other solution was seriously discussed. And let’s not forget that this vote was extremely one sided, meaning that the solution was not a compromise. Additionally, it’s clear there are logistical problems with this solution, like the fact that it forces you to break the abstraction of insurance by offering health insurance to folks with pre-existing conditions. There’s also the problem of forcing people to buy insurance, which is a private good. Forcing everyone to buy a private good makes for another ripe contradiction, again, by definitions, but I’ll spare you another definitions lecture. This is left as an exercise to the reader ;).

I think that there are many good ways to solve the universal healthcare problem. Personally, I’m in favor of a single payer system, but I’m willing to recognize that there are other good, viable, solutions. In particular, there’s a free market solution. Cutting costs of healthcare (by eliminating some malpractice constraints, forcing upfront/transparent pricing, having the consumer deal with insurance companies and not the hospital networks, etc), subsidizing poor people, and having health insurance be true insurance is another way of solving the universal healthcare problem. Either of these would be better than the inconsistent, malformed, illogical healthcare system we currently have.

However, I am not in a position to decide what is “optimal” (remember the weasel word?) for the American people with respects to healthcare. That is what a politician is supposed to do. They are the ones who are responsible for defining optimal, and they sure have done a poor job with their definition when it comes to healthcare. So what I think about what’s “optimal” for the American people is totally irrelevant.

What I can tell you is that our current solution isn’t even close to “optimal” for anyone, except maybe insurance companies (which is an abomination). I can also safely assert we should have a solution that doesn’t fundamentally break abstractions (like insurance) and doesn’t have conflicting, incoherent definitions (like insuring people with pre-existing conditions). You can’t expect a system to be good, reasonable, and useful if it isn’t even close to being logically sound. Our healthcare system is no exception.